[!!!]Hirntot Server Player Stats
Forum rules
This is an international forum. PLEASE speak ENGLISH! If you have problems with english, please try to post in english and repeat the post in your motherlanguage.
Post Reply
21 posts

Christmas is fast approaching, and with that comes the need to get into the proper Christmas spirit. I'm sure most of you think that will come when the Northpole map is added, but that won't be happening this year

From what I've gathered, it's the playability of Northpole most have an issue with, and not the fact that it's a Christmas themed map (with Christmas tree, presents, reindeers, Christmas star, Santa's sled, and HUGE candy sticks to lick). This got me thinking: what can be done about modifying the maps to have an even better Christmas based theme? The guys over at the UJE clan have given this a lot of thought, and this is how Goldrush, Temple, and Oasis look with their modification. Would you be interested in playing Goldrush/Oasis during Christmas if it looked like that? A giant snowman instead of that lousy cart would bring some charm factor.

UJE have also made some custom Christmas maps like xmas_room and xmas_factory. These are maps with good playability and a cozy Christmas theme. I'm sure adding some of their maps would be dismissed out of hand because they promote another clan. That shouldn't be a concern when Hirntot is the only ETPro server left standing. If anything, it will bring new players here who maybe like the UJE Christmas maps.

Moderator feel free to create the following poll:
Would you like to try any of the UJE Christmas maps?
A: Yes - Goldrush
B: Yes - Temple
C: Yes - Oasis
D: Yes - xmas_room
E: Yes - xmas_factory
F: No
Top

Oasis and Goldrush conversions maybe, others are shitty jaymod maps. And you got eagles_2ways_b3 this year, be happy.
Top

So make a poll and see if the players would like this conversion of Oasis and Goldrush.

Monty will be extra happy if you can make the two flag poles be giant candy sticks (like on Northpole), make the escape truck look like the Coca Cola christmas truck, and throw in a giant snowman or two.
Top

Xmas truck mod got removed because it made the bus on eagles invisible. Can't enable it for other maps and disable for eagles only either. Too much work for the poles.
Top

Monty on the Run wrote: ↑
Tue Dec 03, 2019 2:49 pm
Would you be interested in playing Goldrush/Oasis during Christmas if it looked like that?

It's possible to get Oasis winter and Battery winter as well: 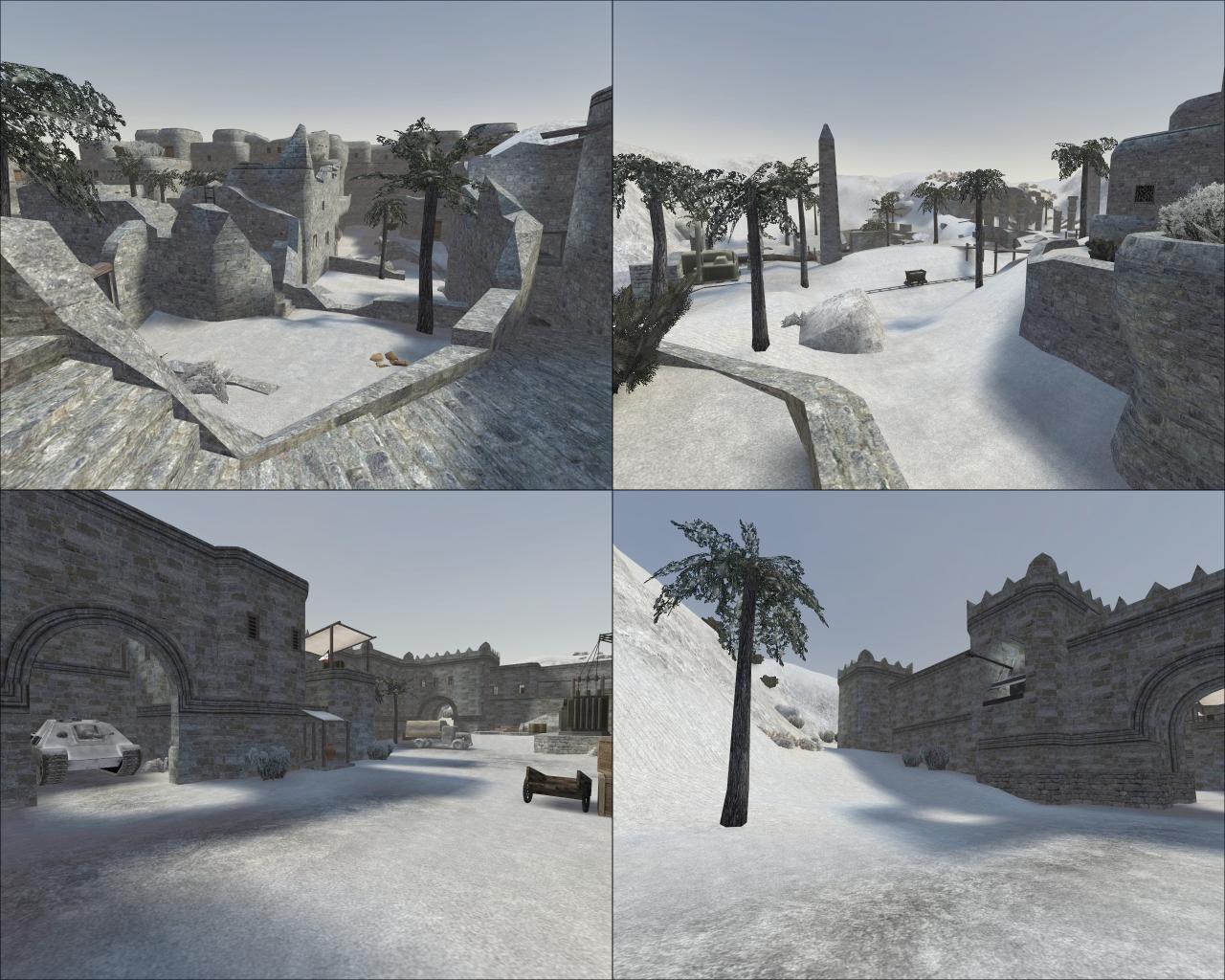 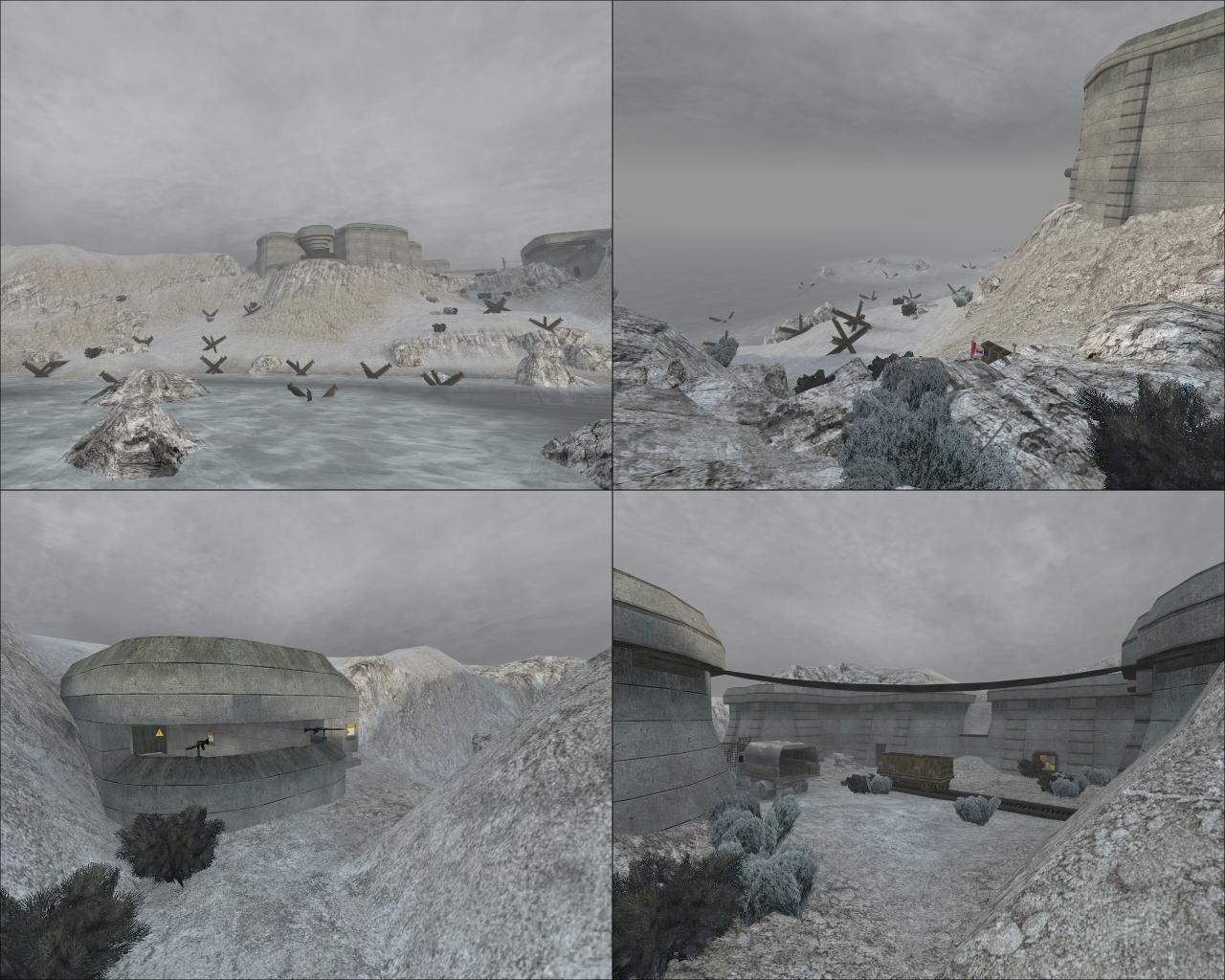 Nothing says Christmas like snow. Or what do you think?
Top

You can download the winter pack for oasis and goldrush here if you want to try it locally (put to etmain): https://www.wolffiles.de/index.php?filebase&fid=1192

For some, just having SNOW for Christmas is enough (regardless of brightness). In fact, I've written Santa with this very request.
Top
Post Reply
21 posts