[!!!]Hirntot Server Player Stats
Forum rules
This is an international forum. PLEASE speak ENGLISH! If you have problems with english, please try to post in english and repeat the post in your motherlanguage.
Post Reply
6 posts • Page 1 of 1

First, remember you can use this pk3 to have the snow in Railgun removed and enjoy a green Railgun on Hirntot: viewtopic.php?f=20&p=150#p150

Next, we know Railgun isn't liked by most players, so we're trying to experiment with what we can do to improve it. You might have noticed the MG at Depot Yard has been removed and the flag put to its place. This change was made so the flag is easier to capture/recapture by the enemy team and make the game more fast-paced.

Some other changes that are possible to do are:

1. Make the train go 25% faster
2. Make the 1st or both trains only drivable by Axis (Allies can't drive it back)
3. Change Allied spawntime to 25
4. Enable 2 Allied spawn positions in the bunker near the oven when Axis have the Depot Yard (disabled when the 1st train is taken back to the North Crane (same as Axis Tower Spawn))

The position of the 2 Allied spawns: 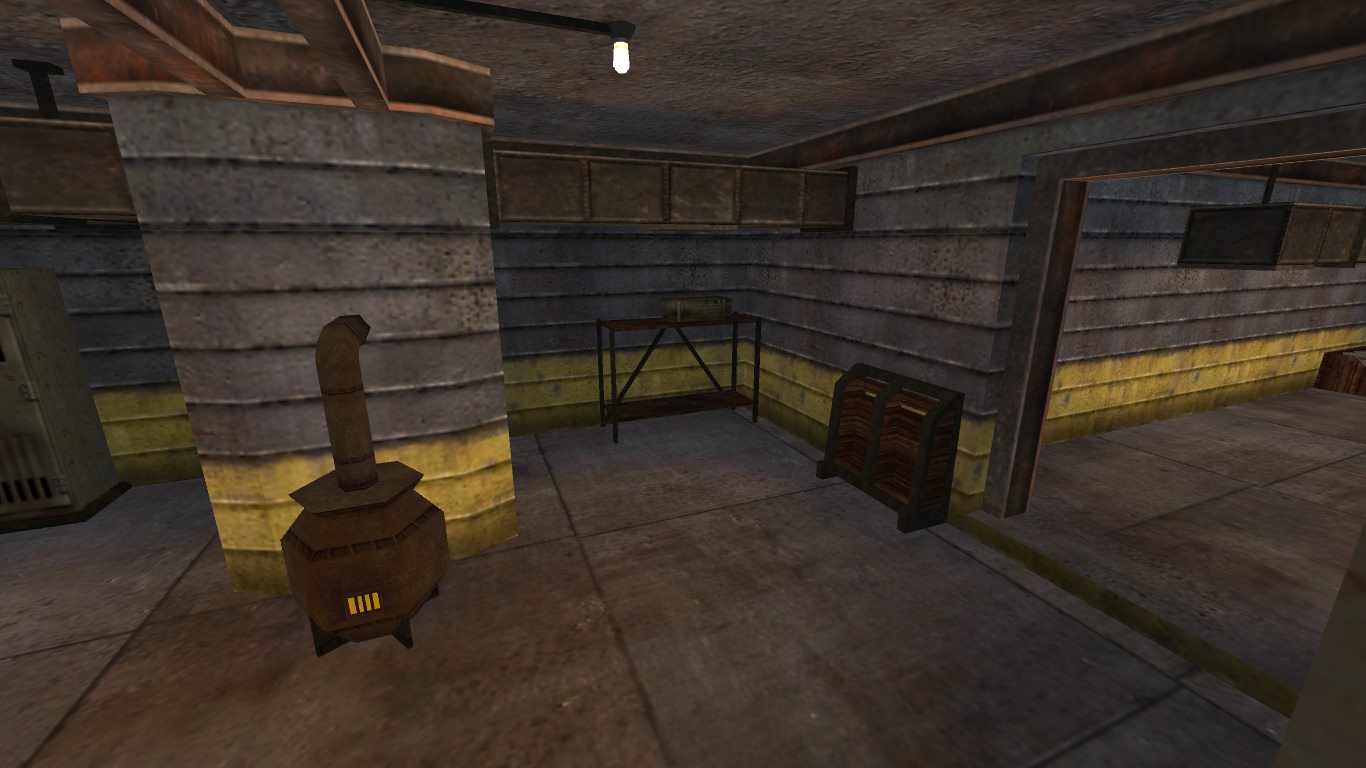 The reasonings for the changes:

1. Making the train go faster will potentially end the map faster (isn't that what you want?)
2. Same
3. Since this is an Axis attack map, Axis should have a spawn advantage like Allies have in every other map
4. To prevent Axis players camping in the bunker instead of focusing on the objective (train)

P.S. Monty: setting the Axis Tower Spawn default is a part of the changes.
Top

Where is the option for no changes?

Thank you for that. This will save the axis probably around 6 seconds of aimless running when spawning from hut. Hopefully that means that the rush towards capturing the flag at the depot will be a bit more consistent from axis. This change, along with the new placement of the flag, will make enough of a difference to where this map feels balanced. I would hold off on introducing any of your other proposed changes until we’ve had time to test and evaluate.
Top

When axis spawn at default spawn tower start of map, then there are no one back at hut to escort tug. Everyone just runs forward and assume someone else will go back and escort vehicle. Ideally the tug should start moving by itself, or there should be a forced hut spawn at start of map where the tower spawn only becomes active once the tug is driven past that point. The latter suggestion would probably be fair, because then both sides would start with approximately same distance between their spawn and flag (axis always get to the flag first when they start map by spawning from tower).

When axis capture the depot and you select spawnpoint 3, then when the flag is lost that spawnpoint reverts back to the hut instead of where you want to spawn: the tower. It’s a bit distracting to have to toggle the spawn selector script all the time because of this (especially since we agree that the hut spawn serve no purpose once tug is driven past tower).
Top

Tower spawn has 6 positions, the other 6 players spawning at hut should escort, if they don't, their problem.

Edit: I will do this anyway...
Top

actually, as of now, 25 sec respawn for allies are giving allies an advantage. this because most players on the server dont have spawntimers with custom st timing. Predictability of a flag cap seems now in favor of allies..
Top
Post Reply
6 posts • Page 1 of 1